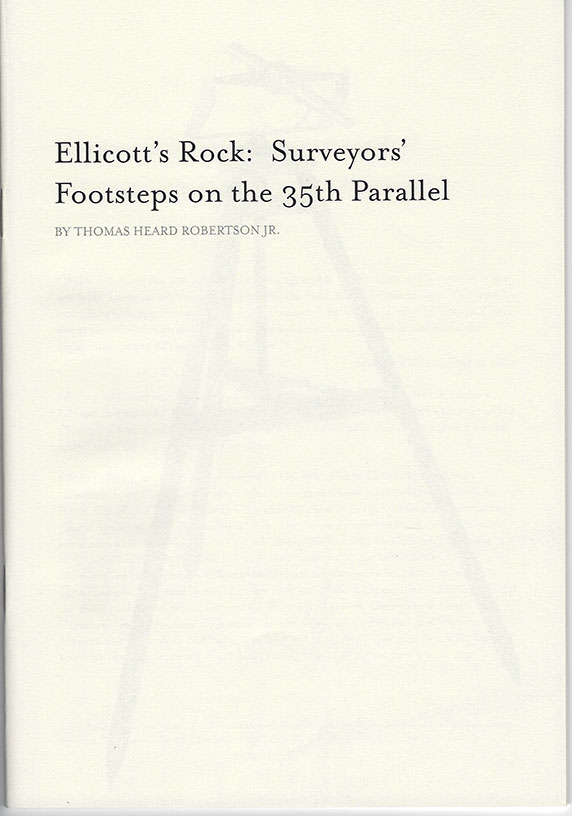 Surveyor and astronomer Andrew Ellicott set his famous rock that marks the northeast corner of the state of Georgia, common to North Carolina and South Carolina, on the bank of the Chattooga River on the day after Christmas 1811. He had begun his surveys a few months earlier, following the footsteps of previous surveyors whose conflicting boundaries had fueled the so-called “Walton War” among contentious settlers in that mountainous area. Did they live in North Carolina or in Georgia? Ellicott did settle the war, but his client did not like the answer. Since that time, has anyone recovered Ellicott’s Rock? For the past 200 years most people have looked in the wrong place. Why? Tom Robertson answers these and other questions in this 40-page article, which culminates over seven years of searches through dusty archives and beautiful mountain wilderness scenery. Reprinted from the Summer 2020 issue of Georgia Historical Quarterly.